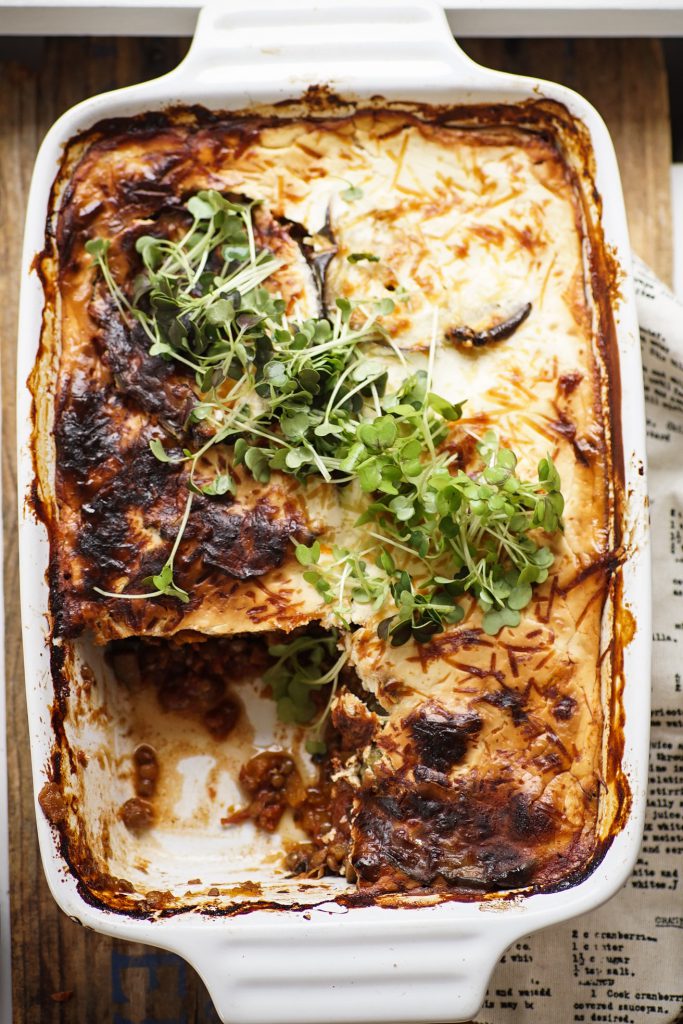 Moussaka is the classic Greek dish made by layering eggplant (and/or potato and/or zucchini) with a spiced meat filling (usually lamb), topped off with a rich and creamy béchamel sauce and baked until golden brown.

As you can imagine, this traditional dish is very rich, filling and satisfying.  However it contains a lot of fat, in particular saturated fat (from the meat, cheese and butter), which is the type that clogs up your arteries and increases your risk of diabetes and cancer.  Ewww!

So I thought I would try making a healthier version for this weeks MFM (Meat Free Monday). 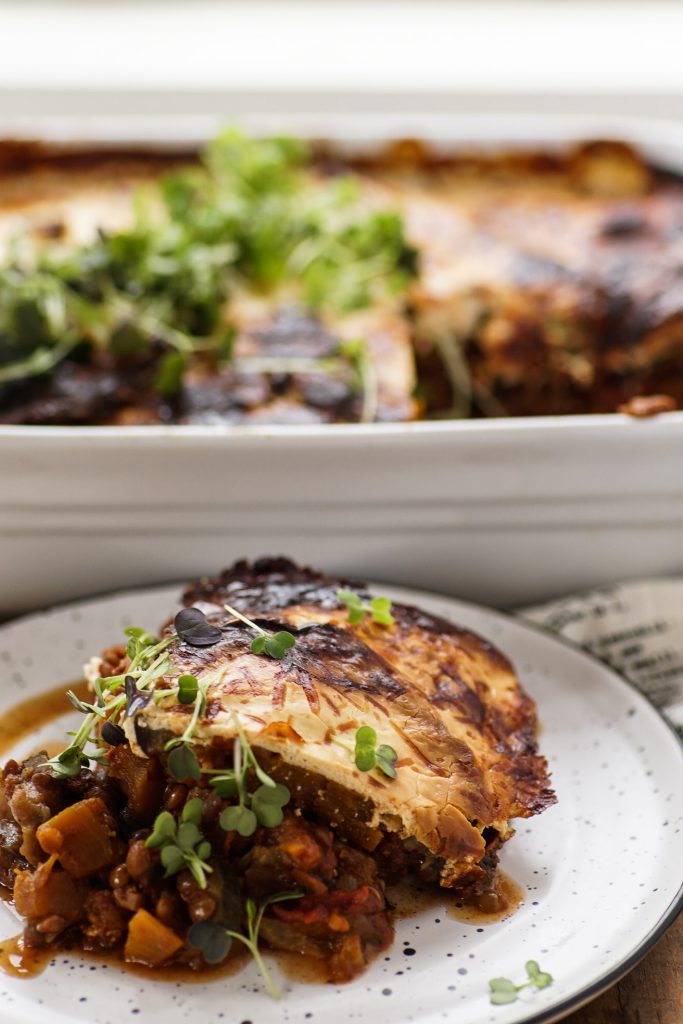 First step – replace the meat with a vegetarian protein source.

Puy lentils, so named after the Le Puy region in France where they were first cultivated (they are now grown here in Australia), are a little slate-green lentil with blue marbling (see photo below).  They hold their shape when they are cooked, so are a good textural substitute for meat.  They are rich in protein, a low GI carbohydrate source and pretty much fat free. To replace the béchamel sauce, which is very high in fat due to all the butter and cheese in it, I used a very quick option of Greek yoghurt mixed with an egg.  Some grated parmesan on the top helped it bake to a beautiful golden brown colour.

I salted the eggplant as this is supposed to get rid of any bitterness, however I am yet to eat a bitter eggplant!  But I do find that you need less oil when you cook them after soaking them.  Normally the eggplant slices in a traditional moussaka would be shallow fried, and they can soak up the oil like a sponge.  To reduce the oil used to cook the eggplant, I brushed them with a little olive oil and baked them in the oven instead.   They came out lovely and soft, and a beautiful golden colour.  Perfect!

The result was a really filling, satisfying, tasty moussaka that was not missing a thing! YUM! 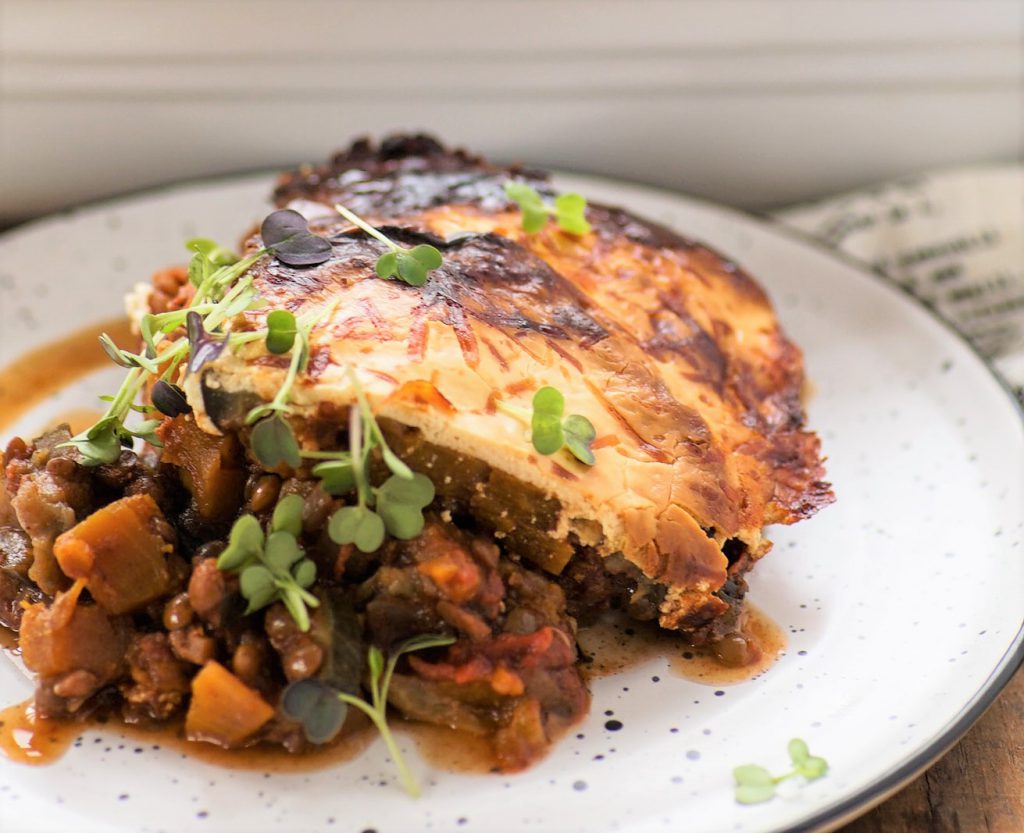 Make a bechamel from plant based milk, cornflour and nutritional yeast

Use this as the topping in place of yoghurt/egg combo