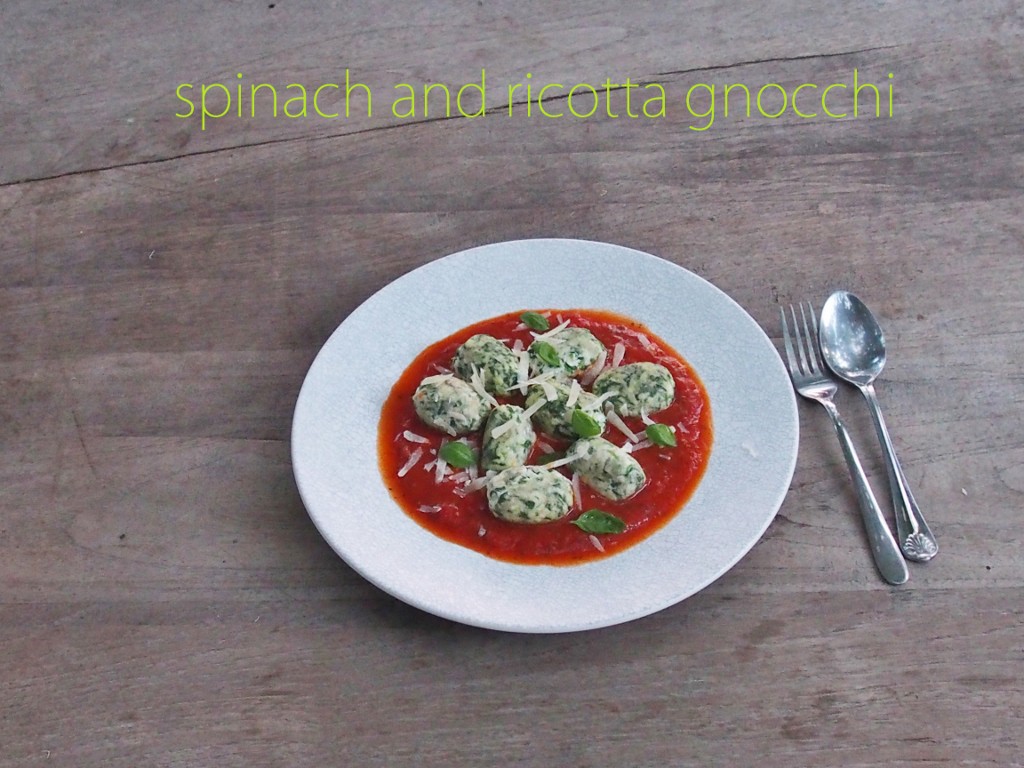 Have you ever made gnocchi before? 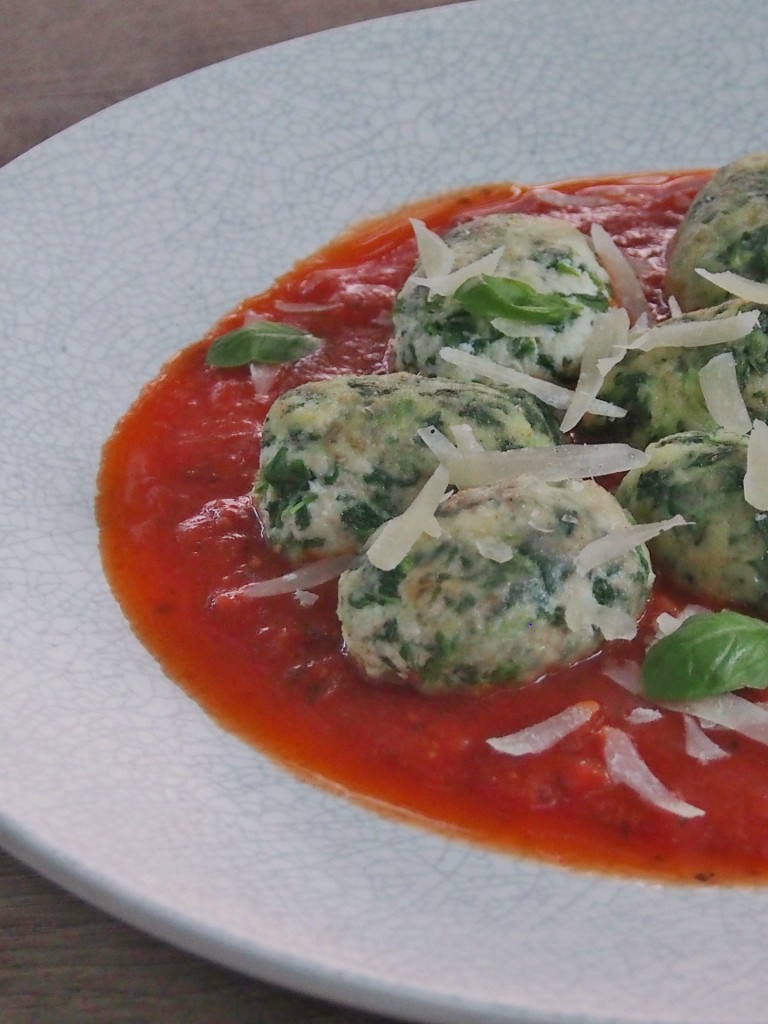 I have, and ended up over-dosing on it.

It was years ago when I made pumpkin gnocchi. I didn’t dry out the pumpkin enough so I had to keep adding more and more flour and it made the most e-n-o-r-m-o-u-s quantity.

It was all I ate for about the next 3 weeks. Panfried gnocchi with eggs for breakfast, gnocchi in tomato sauce for lunch and gnocchi as my starchy carb for dinner.

Until I discovered ricotta gnocchi 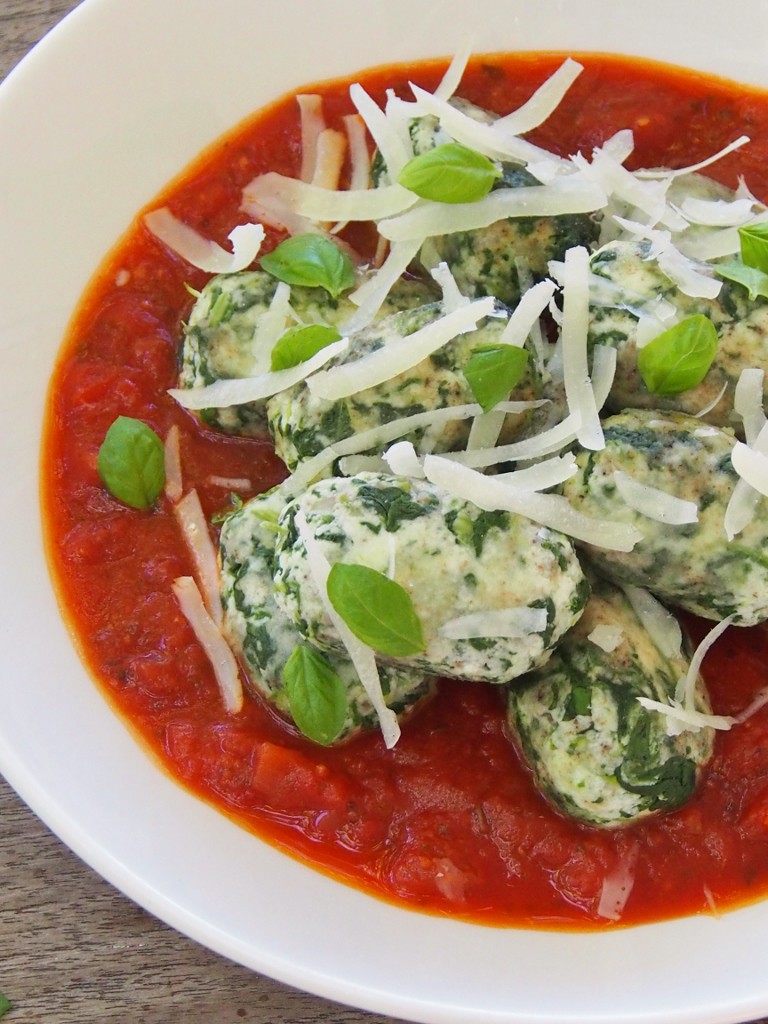 It’s light, it’s delicious, and it is much faster and easier to make than potato or pumpkin gnocchi. 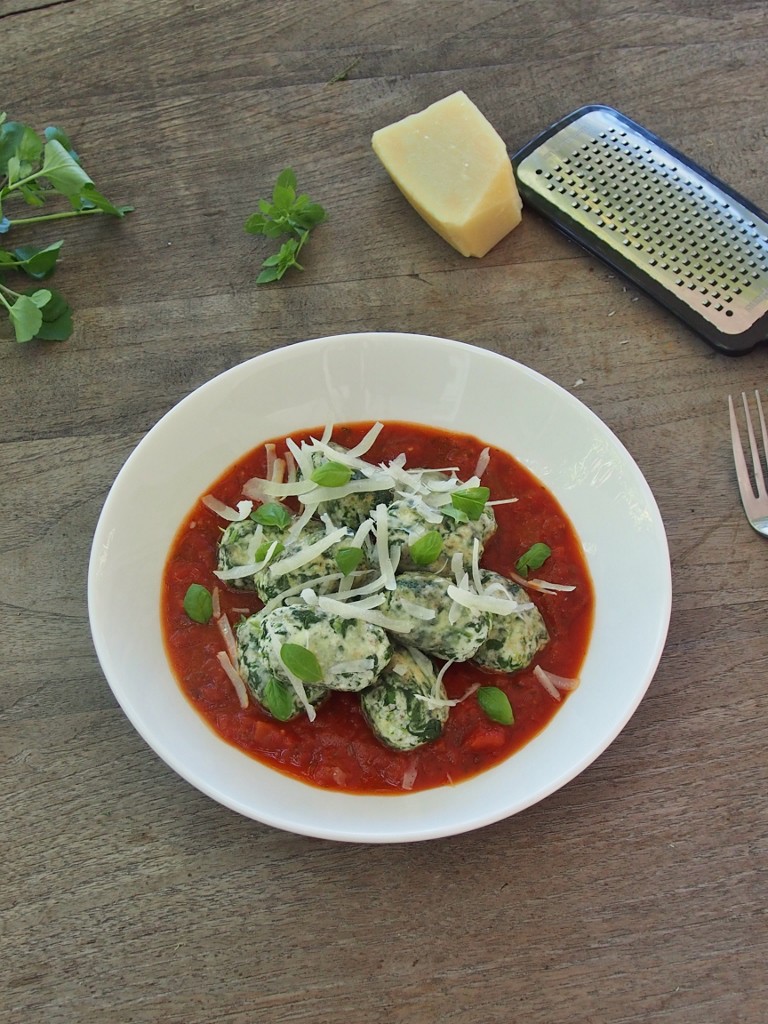 You can actually make it with just ricotta, but the dietitian in me loves that these gnocchi include something green (you can read all about the health benefits of spinach below)

Now lets face it, it is even easier to go and buy gnocchi already done, but where is the fun in that?

Besides, the bought one won’t taste this gooooood! 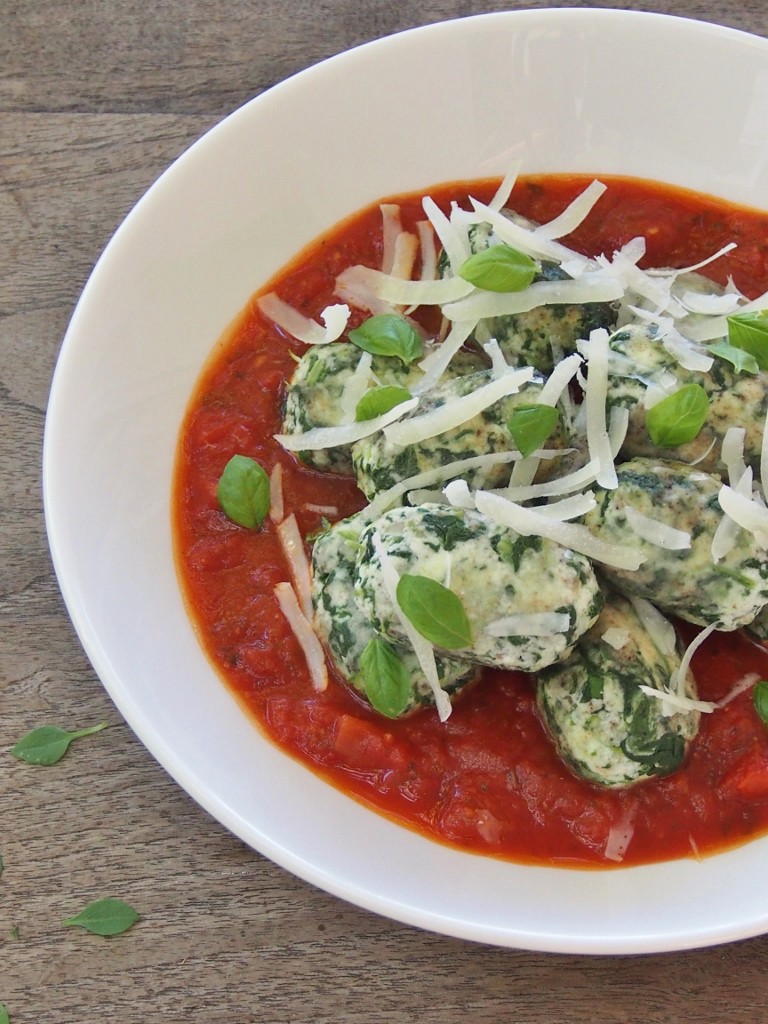 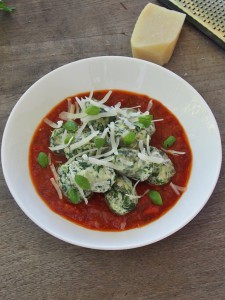 quick, easy, delicious – what’s not to loooove about this?

Why is spinach so healthy for me?

The dark green colour of spinach leaves is due to high levels of chlorophyll (green pigment in plants which allows them to absorb light and produce energy through photosynthesis) and health promoting phytonutrients called carotenoids (beta carotene, lutein and zeaxanthin). These phytonutrients have anti-inflammatory and anti-cancer properties, but are especially important for healthy eye-sight, as they help to prevent macular degeneration and cataracts.

Spinach has good levels of iron, but not quite as much as Popeye made out! Food contains two forms of iron: ‘haem’ iron and ‘non haem’ iron. Haem iron is found in animal products and is the most readily absorbed form of iron for the body. Non haem iron is found in plant foods (such as spinach). It is still an excellent source of iron, but as it is not as concentrated as haem iron, we need more of it.  This is only really an issue for vegetarian or vegan women who have heavy cycles!