Why You Need to Avoid Processed Meats 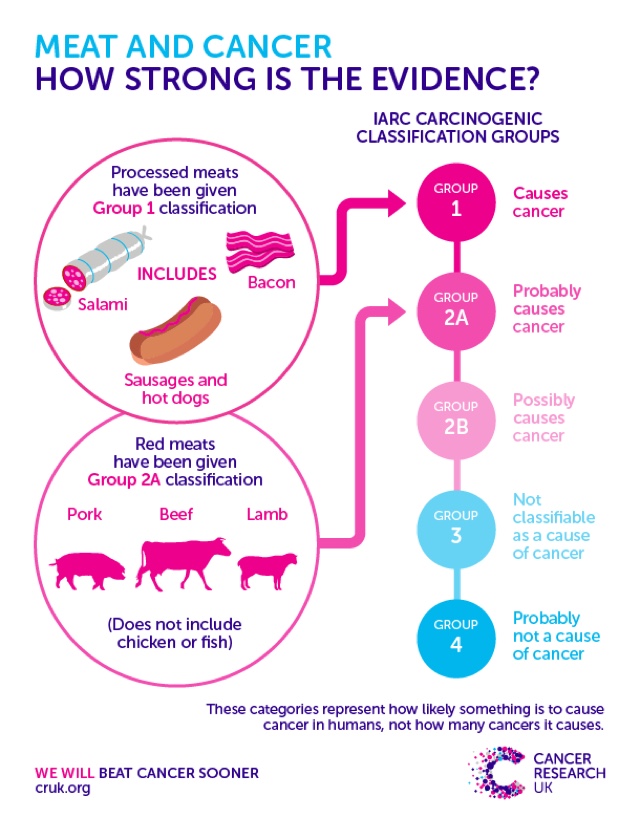 Although this fact is not well known by many Australians, it is broadly reported on many reputable websites

Have a read for yourself…

Bowel Cancer Australia –   The study, which followed 37,698 men and 83,644 women for up to 28 years, found red meat was associated with an increased risk of deaths from all causes, cancer deaths and deaths from cardiovascular disease.

The risk was particularly high for people who regularly consumed processed meats such as bacon, hot dogs, sausages and salamis.

5. Limit consumption of red meats (such as beef, pork and lamb) and avoid processed meats.

To reduce your cancer risk, eat no more than 18 oz. (cooked weight) per week of red meats, like beef, pork and lamb, and avoid processed meat such as ham, bacon, salami, hot dogs and sausages.

About 13,500 people develop bowel cancer in Australia each year and about 4000 die from it. It is the third most common cancer.