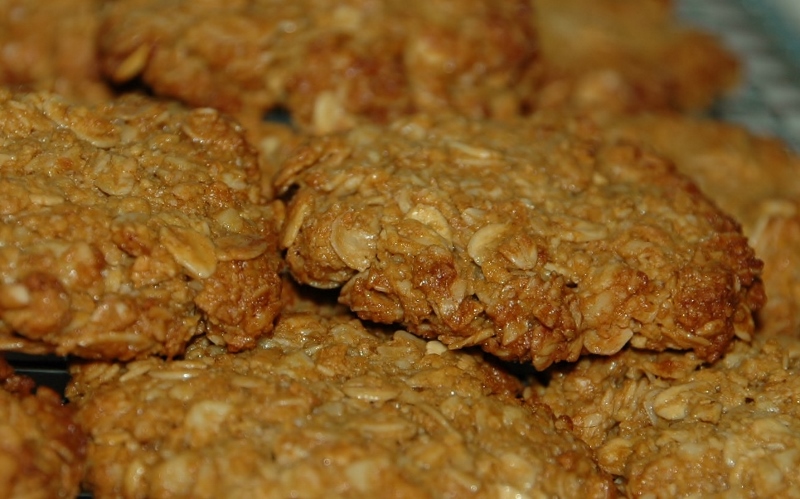 Thursday this week is Anzac Day.  ANZAC stands for Australian and New Zealand Army Corps and the soldiers in those forces became known as ANZACs.

ANZAC Day – 25 April – marks the anniversary of the first major military action fought by Australian and New Zealand forces during the First World War (it was the day they arrived at Gallipoli).

It is a time for us to pay our respects to those who have or who are serving in the Australian and New Zealand military.

Many rituals are associated with the day – dawn vigils, marches, memorial  services, reunions, two-up games – and I see it as a great excuse to indulge in an Anzac biscuit, or two!

(Click here to find out some history behind the ANZAC biscuit) 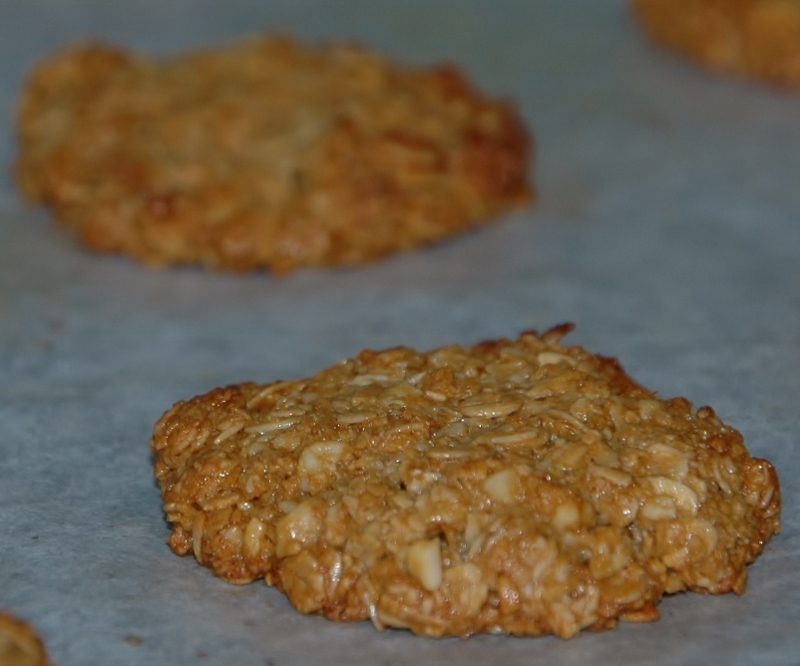 My quest this weekend was to find a healthy Anzac biscuit to make.  Traditional Anzac biscuits are just delicious, however they include butter, which is high in saturated fat as well as a cup of sugar and golden syrup which makes them very sweet.

A quick google search found a few interesting recipes, including one from the Australian Healthy Food Guide.  The Australian Healthy Food Guide is a great little magazine with wonderful recipes and articles usually written by dietitians, so you can trust that the information provided is factual and up to date.  They also include a one week meal plan in each addition which many of my clients find very handy to refer to.

I was thrilled with these Anzac biscuits – they were very close to the traditional recipe and tasted delicious.  They replaced butter with olive oil and reduced the quantity of sugar, however they still contained a little more sugar than I wanted.  The instructions are to cook them at 180 degrees, which was a bit too hot for my oven and my biscuits went very brown very fast. Luckily I was monitoring them closely and managed to avoid the ultimate misery of going to all that trouble but ending up with something burnt and inedible – phew! 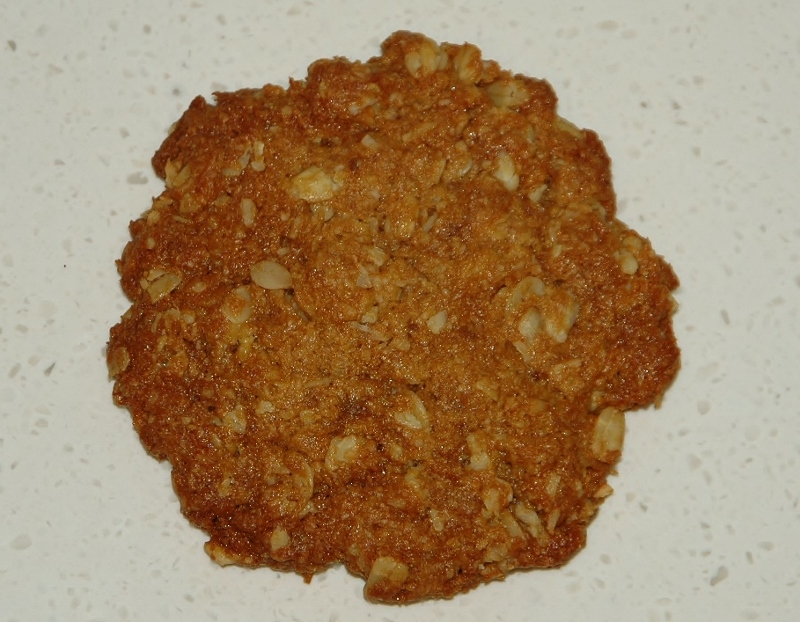 I then decided to make up my own healthy Anzac biscuit recipe.  I liked the idea of including nuts and since macadamias are native to Australia (according to wikipedia), they were the perfect choice.  I also used macadamia oil, which is a beautiful oil high in monounsaturated fat, which makes it a healthy choice and provided a lovely flavour to these biscuits.  Brookfarm is my favourite macadamia oil which you can find at any health food store.  I got mine from Healthy Life. 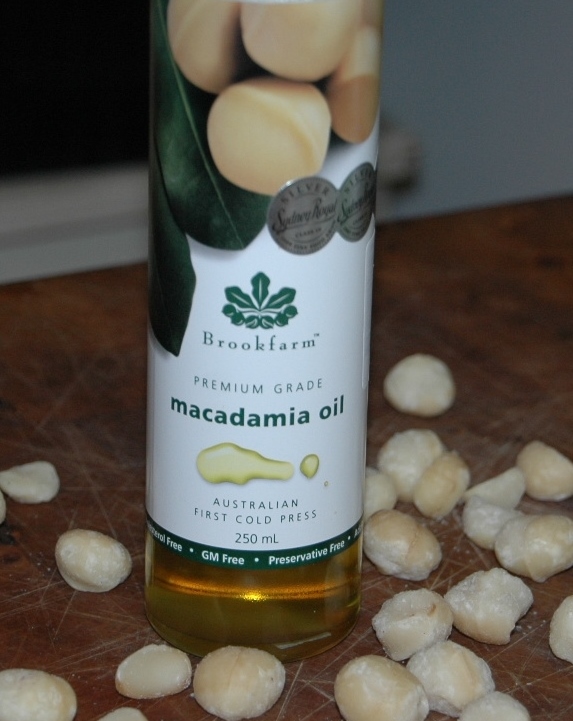 The result was a delicious, sweet, without being too sweet, slightly crunchy textured (from the Macadamia nuts), golden brown little Anzac that tastes (trust me) just as good, if not better than the original biscuits. Big claim I know, so try them yourself and see… 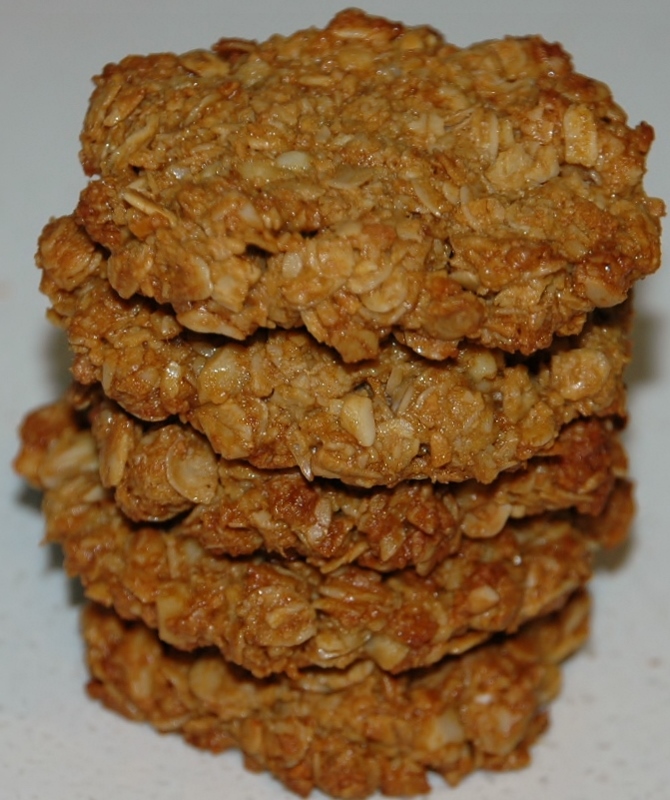 A most delicious biscuit to enjoy this Anzac Day 🙂 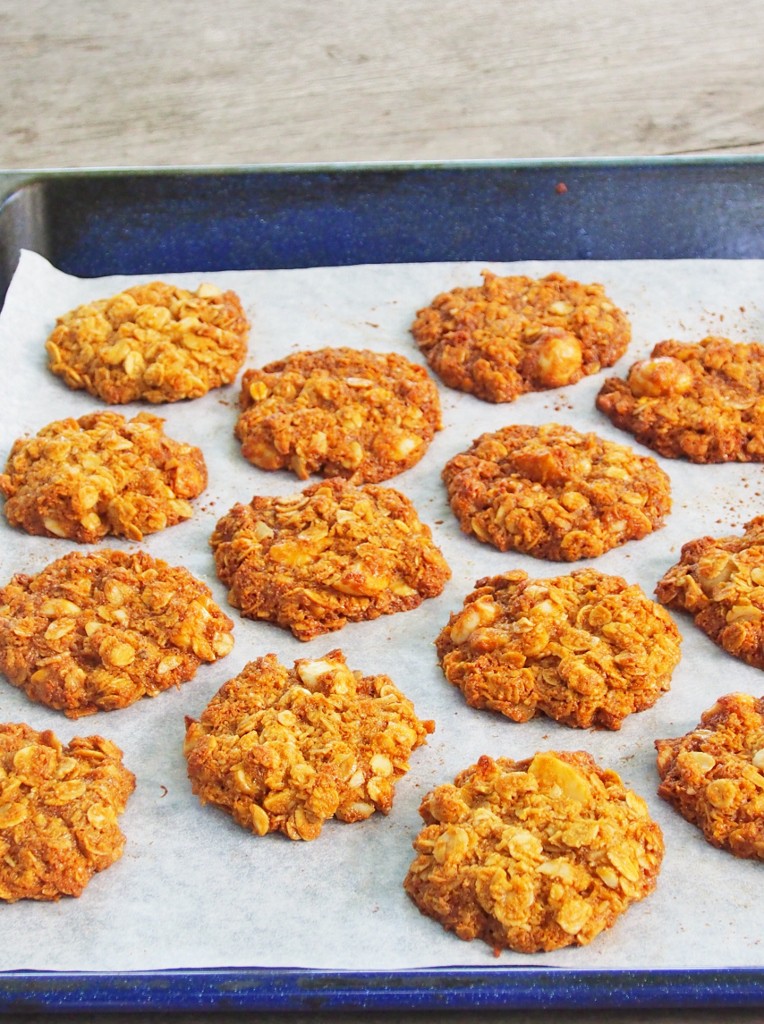 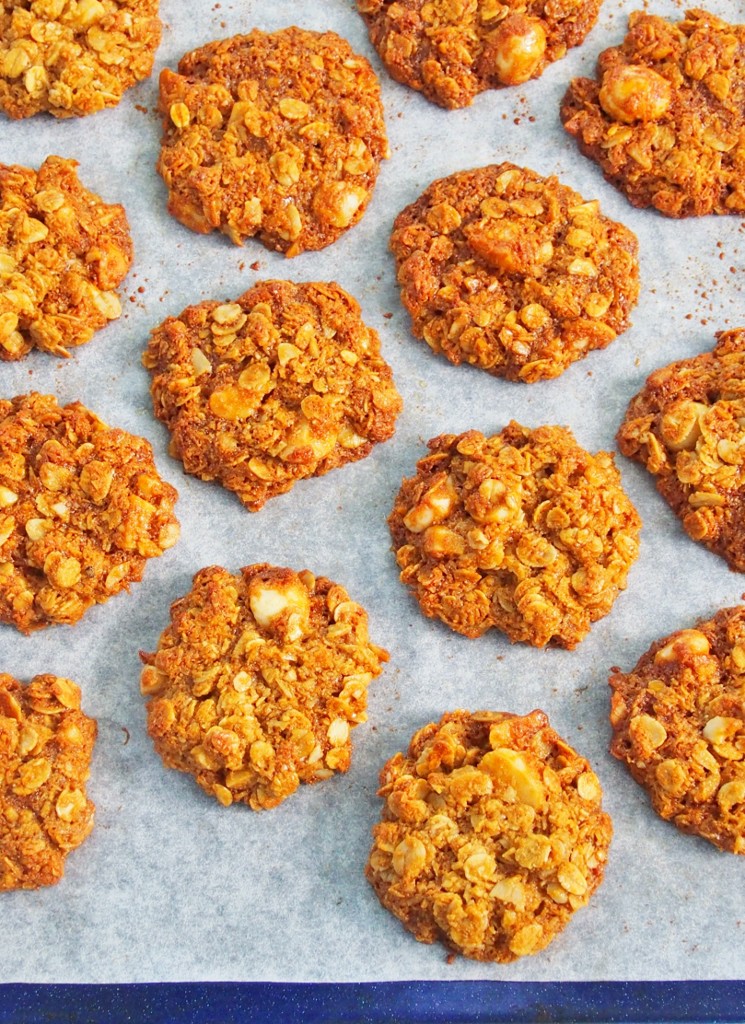